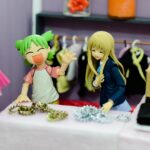 Saturday, June 11
9:30 am – 1:30 pm
Come early for the best selection of books, toys, household goods, electronics, clothes!
Donations welcome!
Drop off from May 30 during office hours.

11:00 a.m.  September through June
Summer hours and dates announced in June.
Free parking on Sunday
in the church lot, other adjacent lots
and on the street
Major bus stop and transfer terminal at City Hall right across the road